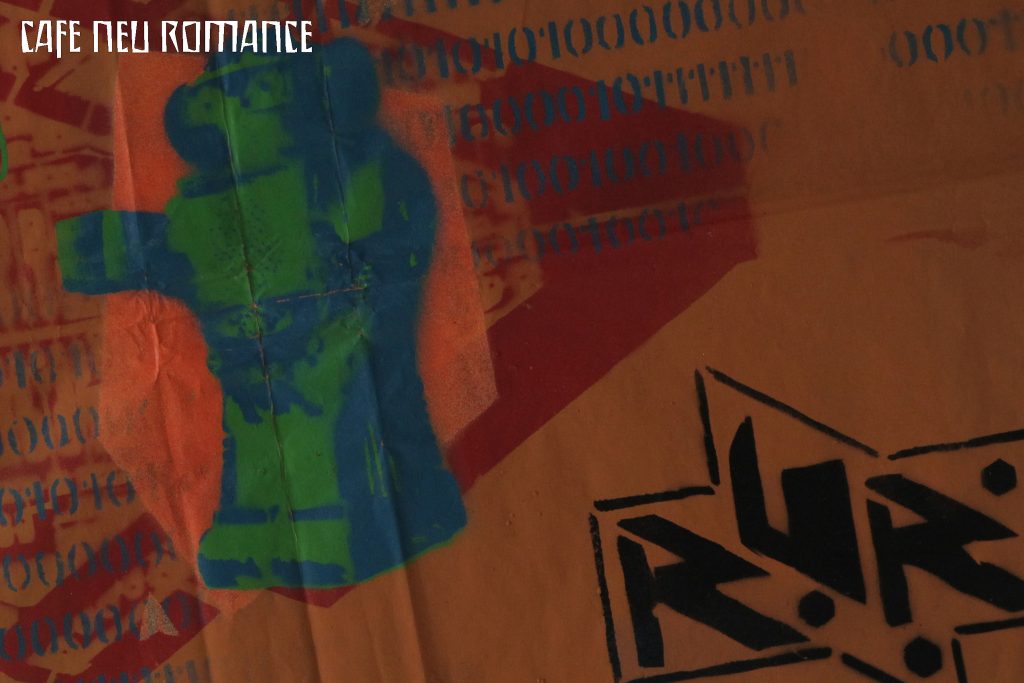 Czech literature goes beyond Kafka and Kundera. It can be humorous, heavy, and soul-crushing, but it’s always approachable.

The lack of recognition for Czechs makes readers poorer. Czech themes and ideas about art remain relevant, though some of it comes from bleak circumstances.

Kafka is idiosyncratic. He’s the most well-known Czech writer, but he was also Jewish and wrote in German. His influence permeated through Czech literature and Western literature in general. Yet Kafka doesn’t run through Czech literature like the other writers on this list. There’s a continuity error. The culture of Kafka disappeared in the destruction of World War II. Under the Austro-Hungarian Empire, Prague was strongly German and had a thriving Jewish population. It was wiped out, first by German occupation and extermination, then by the expulsion of Germans from postwar Czechoslovakia. Kafka’s themes of familial tension, existential angst, suffering, and alienation remain relevant, but the world of The Metamorphosis and The Trial didn’t survive. The Jewish Quarter in Prague is a reminder of the influence exerted by a world that was, but is no more.

Kundera insists that he be read and classified as a French writer. Regardless, he was born in Brno. His writings tend to be novels of ideas, French-influenced, and existential. The Joke can drag on, but The Unbearable Lightness of Being, Laughable Loves, and The Farewell Party move swiftly.  Kundera weaves his ideas into the plot to the extent that they can drag down the story. His short stories tend to be tighter than his novels.

Jakub was not interested in exploring the question of whether one person had the right to sacrifice the life of another. On the contrary, Jakub was convinced that nobody had such a right. In fact, the ease with which various men and women arrogated this right to themselves terrified him. Jakub was living in a world where human lives were readily being destroyed for the sake of abstract ideas. He knew the faces of those arrogant men and women: not evil but virtuous, burning with righteous zeal or shining with jovial comradeship; faces reflecting militant innocence. Still others were marked by pious cowardice, murmuring excuses yet diligently carrying out sentences they all knew to be cruel and unjust.
— The Farewell Party

Czechs regard Hrabal as one of their best. I Served the King of England earned Kundera’s declaration that Hrabal is “our very best writer today.” Hrabal can be difficult. His page-long sentences with handfuls of commas can encourage the mind to wander. His imagery, however, is unbeatable. Whether a young hotel waiter in Prague during the Nazi occupation and communist takeover, a free-spirited woman in the Czech countryside in the interwar period, or a reclusive elderly worker in Prague, Hrabal lets characters drive the plot.

Kundera dedicates paragraphs to his thoughts on philosophy, but Hrabal rarely gives readers the same. He’s hard to reduce. Moral ambiguity and political questions become inseparable from the characters and their context. In his anecdotes that run from eight words to eight pages, few writers can rival Hrabal’s gift for giving characters such vitality.

He was a gentle and sensitive soul, and therefore had a short temper, which is why he went straight after everything with an ax…
—I Served the King of England

I admire Škvorecký‘s essays more than his fiction. His fiction centers around detective novels, his conscription into the military, and living under two totalitarian occupations. Like Kundera, jazz is a recurring theme for Škvorecký. Jazz was subversive and the Nazis banned it. The spontaneity and freedom inherent in the music threatened the communist regime, too.

Truth about reality is always dangerous to any totalitarian ideology, because every ideology is false consciousness, as Engels knew. It it a consciousness that is false because it believes that its biased conception of reality is reality.

An excellent short story writer, Klíma questions reality and its appearance. Whether lovers can trust their image of each other, the meaning behind a phrase or action, and truth in society. Often complex, characters rarely left a story clean or triumphant. Klíma isn’t as striking as Hrabal or Kundera, but his writing is consistent. A reader lets their guard down when reading Klíma’s stories about life in Czechoslovakia, then get blindsided.

Everything that had happened was just one more horrifying episode in an eternally repeated pattern of history. History repeated itself because man ceaselessly desired immortality, the power of creation. He wanted to be like God, yet he was created from the dust of the earth and forever condemned to it. Whoever wished to create new worlds and break out of the mortal order invariably only shed blood. The more a person rebelled and endeavoured to be like God the more fanatically he would be working towards ruin. That was the law of history. Very possibly the next person to declare himself God would complete death’s work and leave behind him a planet laid waste.

The playwright-philosopher king of post-modernity. Havel was known throughout the West as a dissident. After the Prague Spring, his plays were banned, and he was a signatory of Charter 77. His brilliant essay, “The Power of the Powerless,” gave a philosophical foundation for Poland’s Solidarity movement and others throughout the Eastern Bloc. Havel’s plays flirt with the absurd, lambast the communist order, and play with the idea of truth in society and appearance as reality. Scenes repeat, characters ask questions again and again, problems don’t reach a solution. It’s as if Kafka and Samuel Beckett collaborated on a plot about parrots at the DMV.

MARIA: If your conscience is clear, you’ve nothing to worry about. Your innocence will be proved, but you have to fight for it! I believe that if one doesn’t give way, truth must always come out in the end.

GROSS: (Walks to MARIA, sadly smiles at her and strokes her cheek.) What do you know about the world, dear child! Still, I wish you could always stay like this! You’re right, one really ought always to stand firm. The trouble is, I’ve never been very firm, more of an intellectual, always hesitant, always full of doubts, too considerate, a dreamer rather than a man of action — and that’s my bad luck.

When I think back, I see that I muddled up many thing in my life myself. I often gave in too soon, yielded to threats, and I trusted people too much.

It may be partly because I belong to an odd, lost generation. We’ve given ourselves out in small change, we invested the best years of our lives into things which turned out not to be worth it. We were so busy for so long talking about our great mission that we quite forgot to do anything great. In short, we were a mess!

The greatest Czech writer during the interwar period, Čapek received international acclaim for his plays and was influential in shaping the character of the First Czechoslovak Republic. Introducing “robot” into the science-fiction lexicon (coined by his brother, Josef), Čapek was lauded for Rossum’s Universal Robots. His plays, novels, and short stories range from the virtues of idleness to the encroaching fascism across Europe. He was a master of making the mundane interesting. His humor went from dad jokes about a detective in his garden to dark humor mocking German anti-Semitism. An anti-fascist and anti-communist, Čapek’s writing preserves a liberal outlook that could not escape its fate. He died Christmas Day 1938. His ill health spared him what his brother couldn’t avoid. Josef was arrested when the Nazis occupied Czechoslovakia, then died in Bergen-Belsen in 1945. The Allies liberated the camp a few weeks later.

They all had a thousand good economic and political reasons why they couldn’t stop. I’m not a politician or a businessman; how am I supposed to persuade them about these things. What are we supposed to do; quite likely the world will collapse and disappear under water; but at least that will happen for political and economic reasons we can all understand, at least it will happen with the help of science, technology and public opinion, with human ingenuity of all sorts! Not some cosmic catastrophe but just the same old reasons to do with the struggle for power and money and so on. There’s nothing we can do about that.

—War with the Newts

The author of one of the greatest war satires in Western literature, Hašek is known for The Fateful Adventures of the Good Soldier Švejk During the World War. Josef Švejk, a deliberately incompetent (or possibly idiotic) and cartoonish figure, gets drafted into the Austrian army to defend the declining empire. His misadventures are a highlight reel of passive resistance, subversion of military authority, and confusion. Hašek’s anarchist tendencies skewer the government, the church, and the war.

The apparatus of the military courts was grandiose. Such magnificent machinery is usually present and at the disposal of the government of any country approaching a comprehensive political, economic and moral crash. The limelight of bygone might and glory bolsters these courts, as well as the local police, the state security police, and all whoring informer scum.

—The Fateful Adventures of the Good Soldier Švejk