Russia exists on a level alongside the United States, India, and China. It is a culture, a history, a nation that surpasses the individual and escapes comprehension. The contradictions will stand, and fate demands a surrender to a postcard, a snapshot with a few words to satisfy curiosity. Take that as an omission of humility where, no matter what I write, it will be incomplete and inaccurate.

I arrived in Moscow on March 1st, remarkable only for the fact that Boris Nemtsov was assassinated two days before, 200 meters from Saint Basil’s Cathedral. 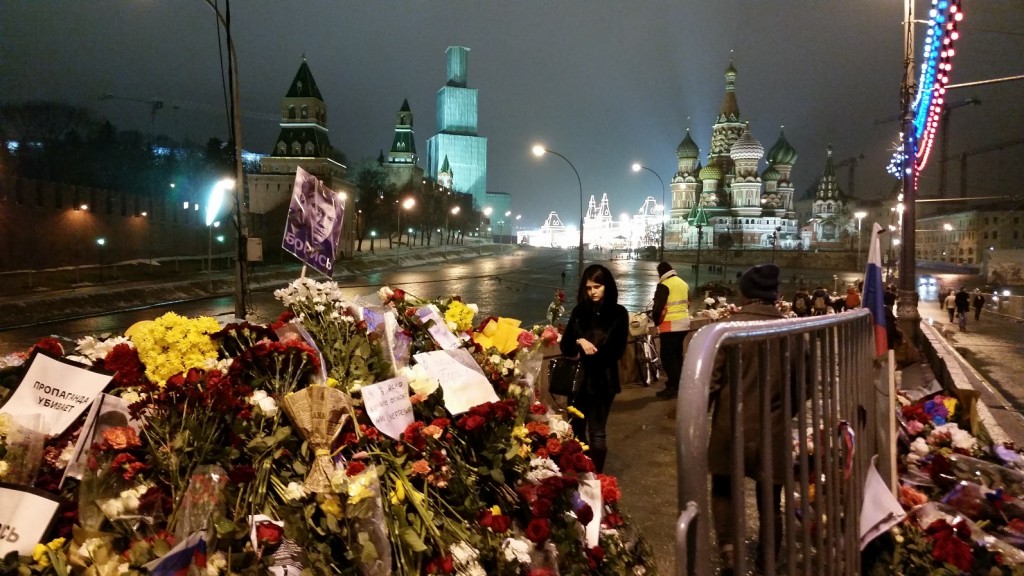 Russia is not a liberal society. Corruption is rife. Courts are not impartial. The rule of law is a farce. I do not recommend pointing out such facts to any Russian you meet, unless they mention it first. Russians, like the French and Americans, find a great source of pride in their country. That is not to deride Russia in full; its culture, arts, natural beauty, and sincere hospitality of its people are inspiring and a glimpse of the sublime.

Venturing through Russia was one of the greatest trips I’ve ever taken. It’s an incredible country. I marvel at it. Returning from Ulan-Ude, on the eastern shore of Lake Baikal in Siberia, to catch my flight to America from Moscow, I was emotional and torn at the thought of leaving. However, getting away from the political system that controls and manipulates Russia filled me with nothing but relief.

Incidents ranged from encounters with the naive to a lecture from a useful idiot. On a walking tour of Moscow, the guide claimed free speech existed by telling a joke about Putin on Red Square. Standing within viewing distance of where Nemtsov was assassinated, I felt second-hand embarrassment for her. In a hostel in Irkutsk, I had the misfortune of meeting a Frenchman who saw all hope for the future in Russia. Free speech exists there, not in the west. Putin is not controlled by Washington D.C. People are truly free here. Etc. Continue carrying the water to drown out human dignity, Alexander. From more level-minded Russians, I heard Putin “is the best leader we’ve had in 30 years,” that Obama wants to destroy Russia — but Putin is stopping him, and other propaganda. Understanding Putin’s appeal to Russians is crucial (a few articles come close to my experiences), as well as the political and economic transitions experienced by central and eastern European countries after the fall of communism. It was neither uniform nor absolutely successful. The American perspective lacks a useful framework to explain current events in Russia.

I don’t intend to focus on the political situation in Russia, but it permeated the trip. Waiting at the airport and seeing the televised celebration of the one-year anniversary of the Crimean “annexation.” Soviet-era pins sold at flea markets. Kitschy t-shirts dominated by Vladimir Putin’s face (ironic or not, I’m unsure). The abundance of Lenin statues. St. George ribbons on cars, windows, and bags. It was jarring.

The few liberals I met in Russia were frustrated. Some planned to leave if possible. The contrast remained with me throughout my jaunt around the country. The similarities of Russia to the United States were surprising. I can’t imagine how it will look in five years, but I plan to return and find out.